Celosa was unimpressed with the new kitchen. In fact, she took a massive dump on the kitchen floor shortly after seeing it for the first time.

Actually, it turns out that she got a little sick, so her dramatic reaction to the kitchen may have had more to do with her upset tummy than it did her feelings about the new layout. She continued to be sick on Monday and Tuesday, but seemed to be on the road to recovery after a visit to the vet (21.7 pounds for those counting at home).

In the meantime, Graham and I started the ambitious project of installing the back splash. At first, Graham was doing everything, since I went to a spin class last night. But when I got home, we got into the rhythm of my putting the mastic on the wall and then aligning the tile, while he cut the tiles that needed to be cut and dealt with the electrical issues.

I think it turned out rather well. 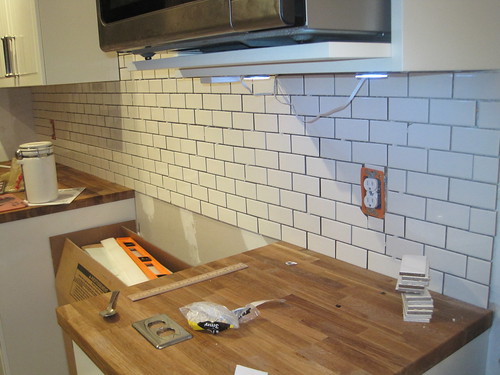 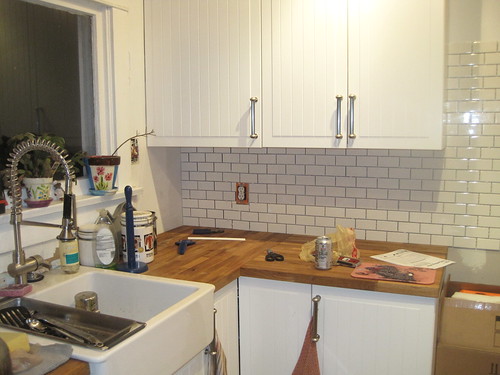 In the middle of tiling, Celosa went to her food bowl and had some kibble. It was the first time she'd shown interest in her food bowl since coming home on Sunday night. She also drank a huge bit from her bowl. We tried not to get too excited, but it was nice to see her returning to her old self a bit.

We retired to watch the Olympics after our tiling was complete.

This morning, we found that though it had slipped a little in some places, the tile seemed to have held nicely. 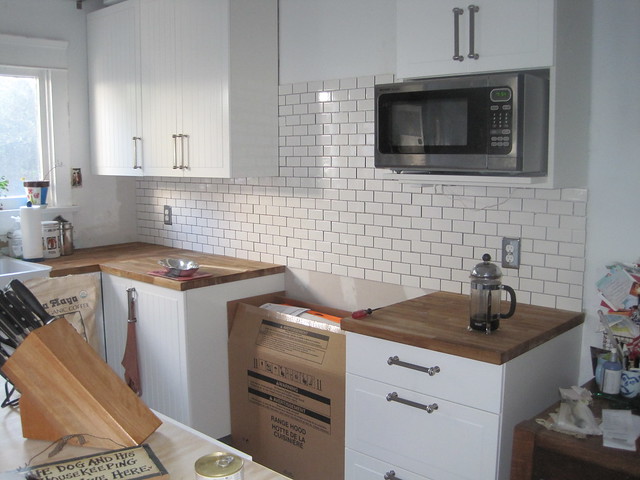 Graham went to the hardware store as soon as it opened for some rubber gloves, a new trowel and a mop. And by the time I was leaving for work, he was on his way to installing the grout. We had bought a blue tinted grout from Home Depot a few weeks ago, and we were anxious to see how it'd turn out.

I came home for lunch, and much progress had been made. 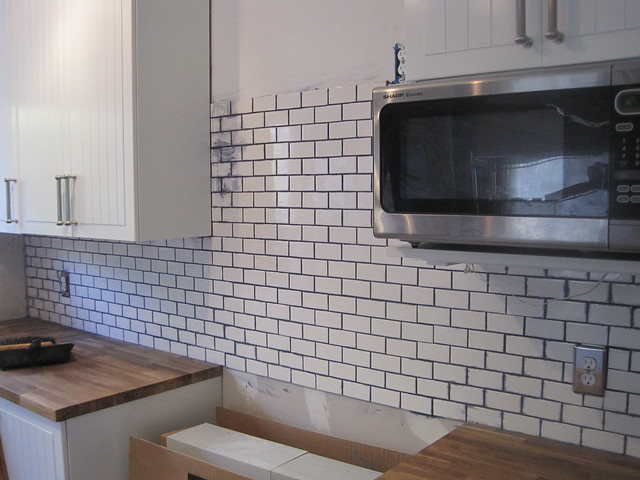 We had the perfect amount of grout for this part of the kitchen, and I think the job looks great. It was pretty tedious to ensure that everything was straight and level, but it was also pretty straightforward. And the grout was awesome at hiding some elements, like around the switch plates where it was challenging to fill entirely with tile.

We have a bit more to do on the wall with the sink. But we ran out of both tile and grout. The tile is easy: we can just go to Home Depot. But the grout had to be ordered online, so it'll take a few days before we can do that part of the project. That's ok. We have plenty of other things to do.

And, while I was home I took the chalk board wall for a spin. 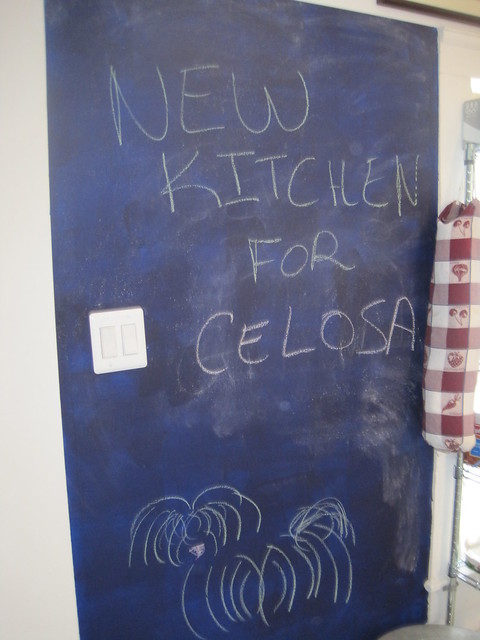 We'll hope now that she's feeling better that she'll see it that way too.
Collapse