About a month and a half after our wedding, we went to Austin, where our friend Pixie of Pixie Vision Productions was shooting a belly dance convention.  Pixie had taken pictures of us three years ago (and pictures of our dogs), and when those photos came out, we were amazed at how good we looked.  My avatar picture here and other venues is from that set.  When we saw her travel schedule was bringing her through Texas, we immediately booked her for our "engagement shoot" even though the photographs were going to be taken after the wedding.

This time, I felt a lot more comfortable in front of the camera than I did the first time.  We brought music to listen to, which DEFINITELY helped me feel more comfortable, and I was better at following direction.  Pixie moves FAST.  There were well over 300 photos taken in the hour that we worked with her AND I had four outfit changes (though photos from two of the outfits didn't make the final cut).  The blue dress I'm wearing was the dress that I wore to dance in for my wedding reception   Graham was scheduled to have surgery a few days after the shoot, so he wasn't feeling his best.  He asked me to pose more than him, so that's why there are more shots of me than him. Also, the other outfit  he brought with him was too white, so he chose to wear this soccer jersey instead.  I think it looks awesome. .

The hardest part, of course, was picking the 15 photos from the 300 plus proofs to be edited for the final product.  We agonized for weeks over it, and eventually I couldn't make up my mind over three photos, so I included them all and paid for additional editing.  I do not regret that in the slightest.

And then, there's Celosa.  She was just a baby when she met Pixie three years ago, and they fell head over heels in love with each other. So when we scheduled the shoot, OF COURSE Celosa was going to be in the pictures. She's really, really hard to photograph well, but Pixie did a great job of getting some amazing shots. 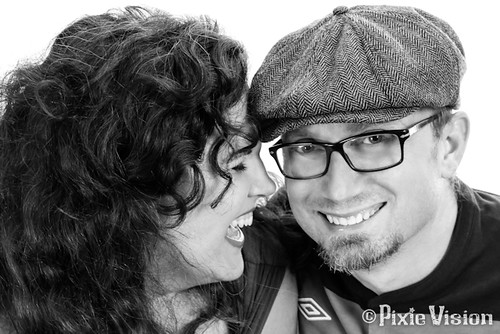 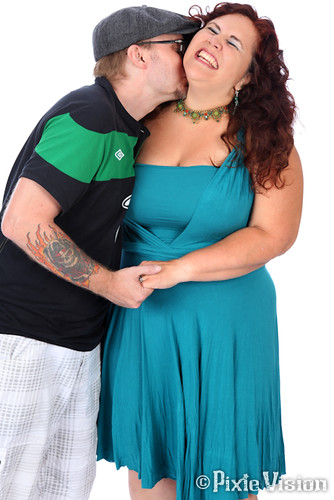 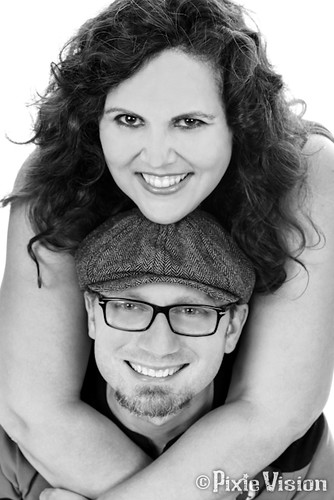 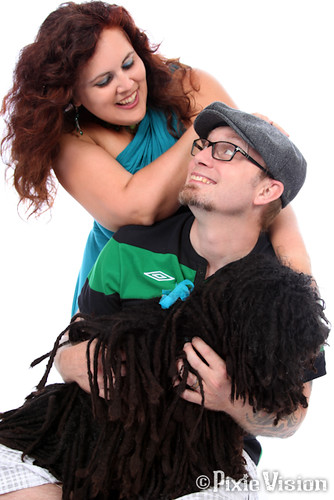 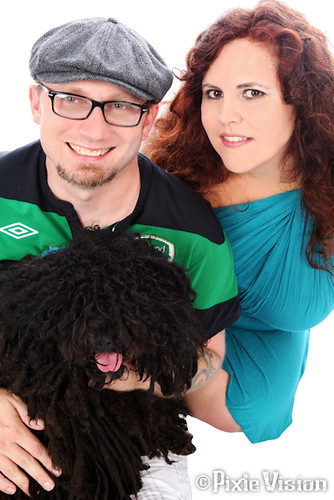 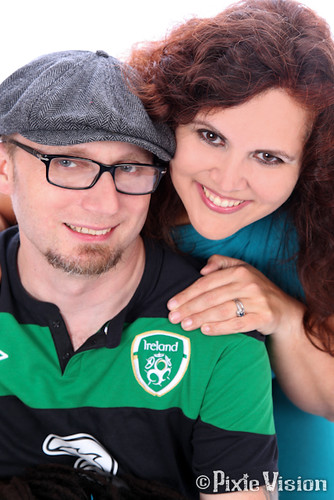 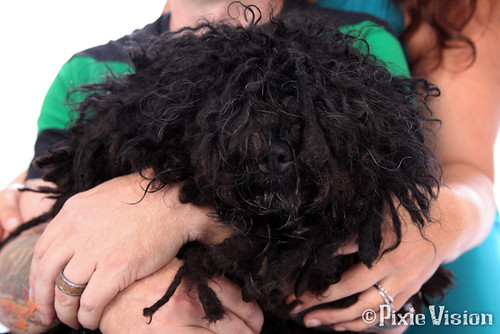 The whole set of photos (28 in all, with different versions of the ones above and individual shots of both of us and our puppy dog)  is here.

Bonus of me looking HOT.  I do love Pixie a lot: 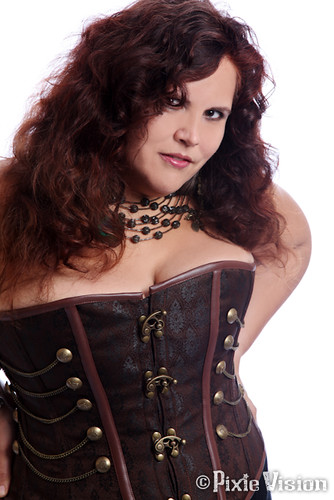