Over the weekend, we took a break. There wasn't anything we could do until the floors were finished, and it seemed like we needed a bit of a respite from the non-stop kitchen-ing.

So we focused on Celosa instead.

We got a message from her breeder on Sunday that she had been asked to be on a morning TV program in anticipation of the dog show this weekend. It was one of those "breeds you don't ordinarily see that will be at the dog show" type of segments. Our breeder didn't really have time, as she's showing dogs this weekend and they have priority. But Celosa is a fantastic representation of the breed AND she's friendly, and we didn't really have to do anything other than show up at the station around the corner from our house and look pretty. Celosa naturally looks pretty. We said of course! Celosa is a born star.

So on Tuesday, we went over to the dog show site (Reliant) to meet with the breeder and to get a quick haircut. Celosa loved it, and she looked great. She was more or less well behaved on the grooming table, and she got a bit more of a professional polish than she's used to. We also got the skinny on the other pulik in Houston AND we got wristbands that get us into the dog show all weekend.

After some e-mails back and forth with the person in charge of the TV segment, we were ready to go! And this morning, we were on TV: (I think we start around the 4:30 mark.)

She was great! She made all sorts of friends at the TV studio, and she did a fantastic job of projecting her wonderful little personality. I only wish I'd worn a different color pair of pants so we didn't blend in together as much as we did at some points. But Celosa rocked.

In kitchen news, David came back to town yesterday and finished tiling the floors: 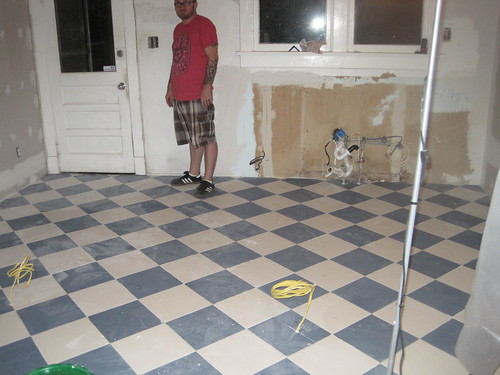 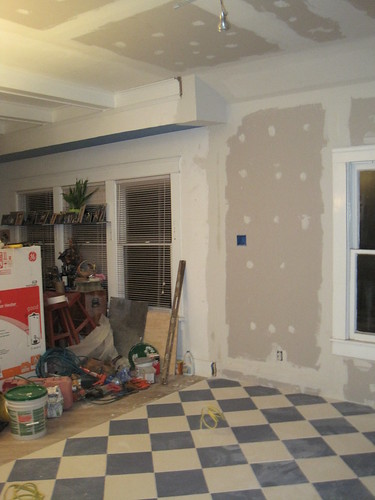 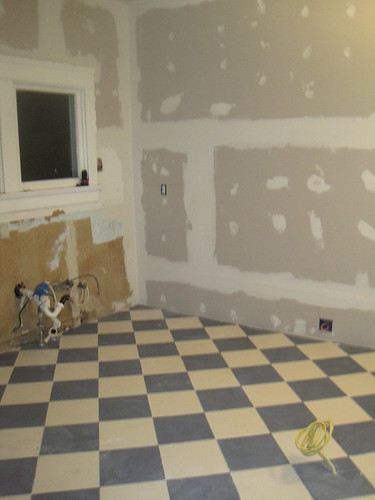 They look AMAZING. And he did an even better job once you realize that the tiles were slightly different in width and size, so he had to press down harder on some than others, and he had to sort of mess with them a little to get the points to line up. Today they were grouted, and now, we can move on to further making our kitchen look like a real kitchen instead of an empty box.

At around 8:00, the IKEA delivery showed up with the rest of our kitchen. 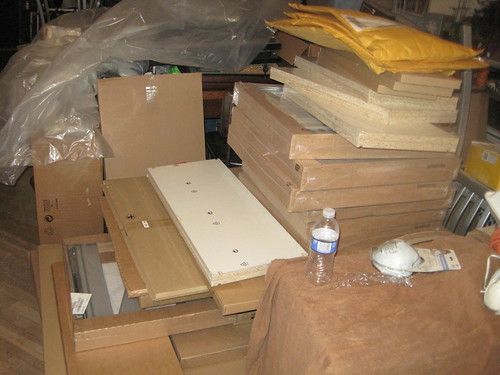 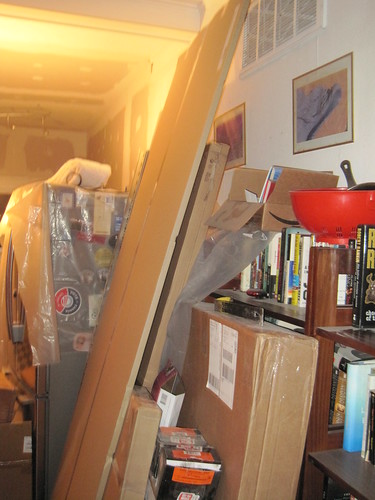 The delivery guys said that it was the first delivery in three years where EVERYTHING showed up in one shipment. Even the corner cabinet that we thought we'd have to come back for later was included. AND it looks like our range will come in two weeks from now rather than six weeks.

Last night, Graham and I started assembling a few cabinets. 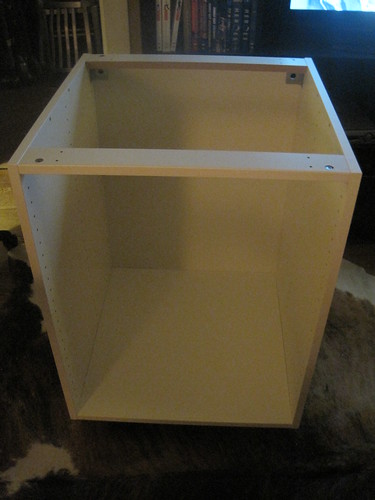 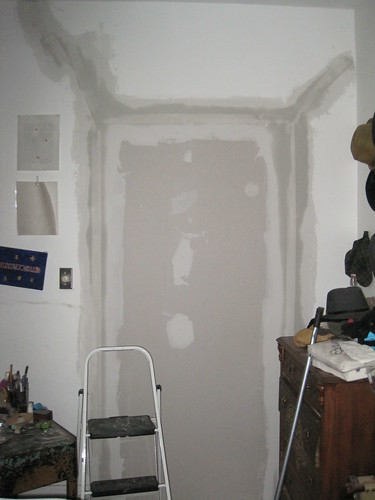 We stopped after doing two because we realized we had no where to put them. Once the kitchen was grouted, they could go in there, but we were quickly running out of room in the non-kitchen parts of the house. I think that they've all been assembled by now, and tomorrow will be cabinet installation! How very exciting.

Tomorrow also, Celosa and I are going to Reliant Center with my mom for the "meet the breed" part of the dog show. Celosa has been deputized by the puli people because she's unusually friendly (a lot of pulik could care less about anyone they aren't related to), and she doesn't have any other duties.

Over the weekend, I think Graham and I will be finishing up cabinet installation (putting on doors and hardware), and we will begin painting.

One of the major DIY projects we have to take on is the ceiling. We've taken pictures of the existing trim, and we will have to attempt to match it when building the final beam that makes the transition from the dining room to the kitchen. 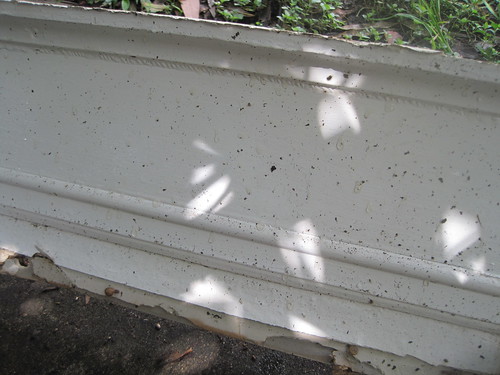 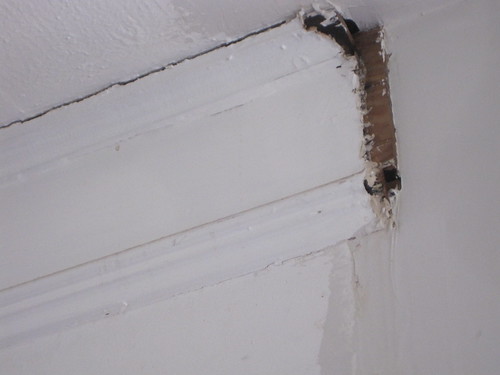 We think we've seen everything we need at Home Depot, but it's now going to be a question of actually executing.

I'm hopeful that we can get the electrician and plumbers back out on Monday, and we can get the countertop measurements done more or less then as well. If the counters and the oven come in around the same time, we'll have done the entire kitchen in under a month.
Collapse