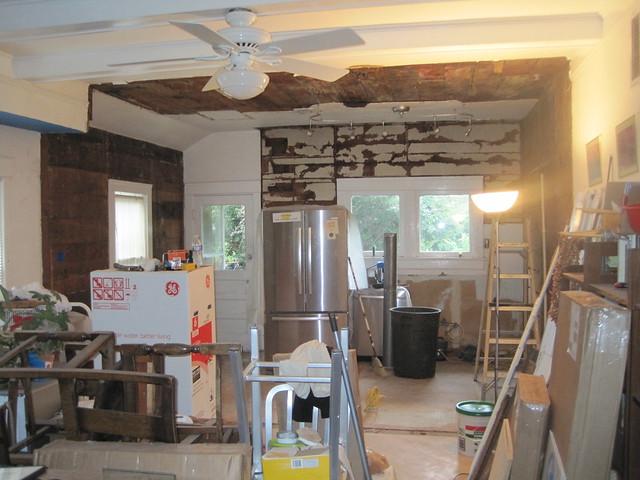 And yesterday, the wall went away.

David came back yesterday to work on the house, and lots has been done. Home Depot made a delivery of all sorts of materials, though Graham had to make two Home Depot runs during the day (once on his own for another Bagster, another time with me for some drywall mud that somehow didn't make the order we'd placed.) But David was busy. First, obviously, the wall came down. So did the rest of the sheetrock. Including a ton from the ceiling. 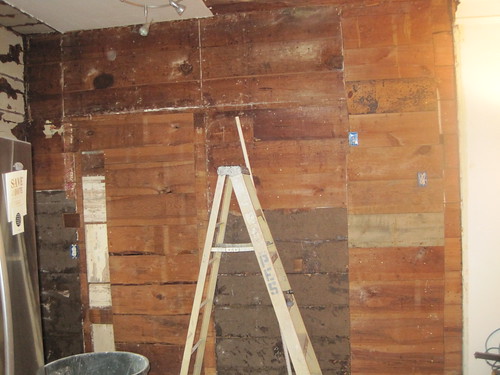 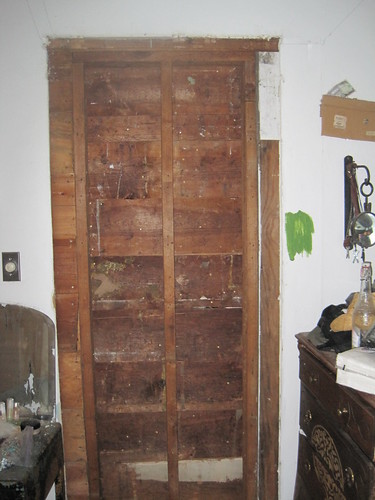 Also, the various holes in the middle retaining wall made by the plumbers the day before were made to go away using the shiplap that I'd torn down. Also, the doorway to the bedroom was gone. I had a mini freakout about this, since I'd intended to use that shiplap for something else, but I understood that making the house as structurally sound as possible was more important than my way-down-the-line home decor projects. Plus, I have another wall I intend to put a hole in. I can get shiplap from there. 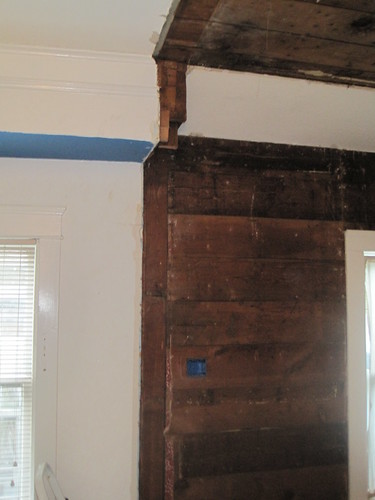 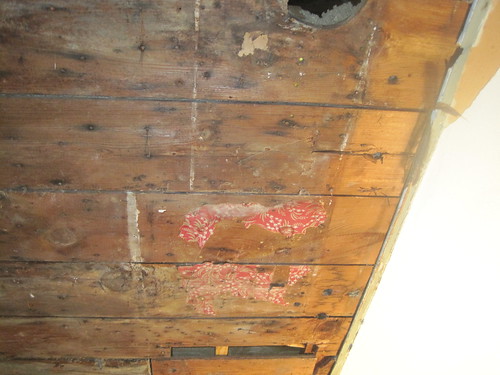 Our biggest challenge as of yesterday was the box hiding the slope of the roof that exists in the dining room but doesn't in the kitchen. It's the real marker of a transition between the two rooms.

Also, note in the second picture above that once upon a time, there was wall paper on the ceiling. It looks like it was a red floral print. Huh. Who knew?

All in all, yesterday was an insanely productive day, especially considering that David did it all by himself. 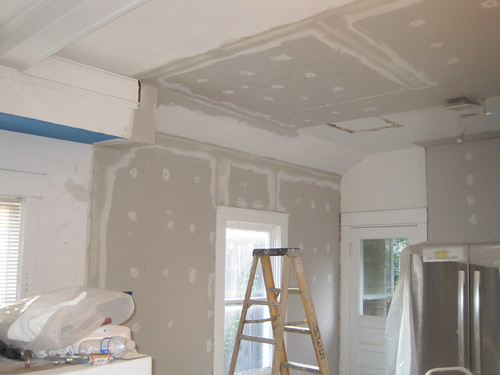 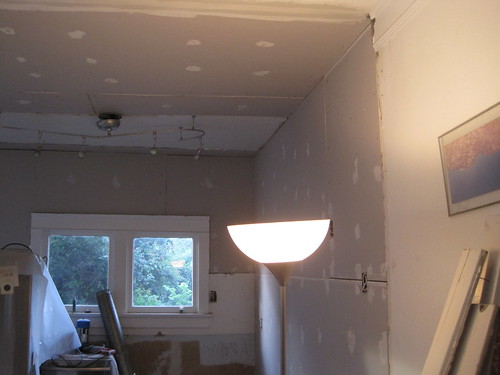 David and Graham got all of the drywall (except on the other side of the now-gone doorway in our bedroom) up, and they started the taping and mudding. The transition between the two rooms is going to be pretty seamless, and it is starting to look like a real room now. 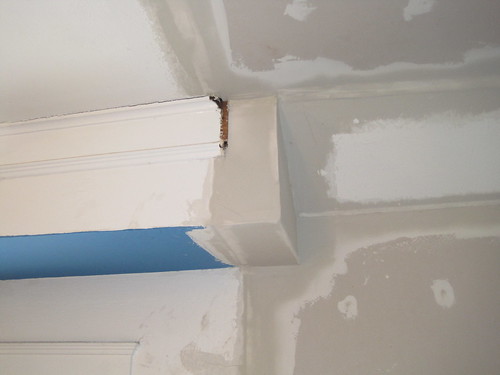 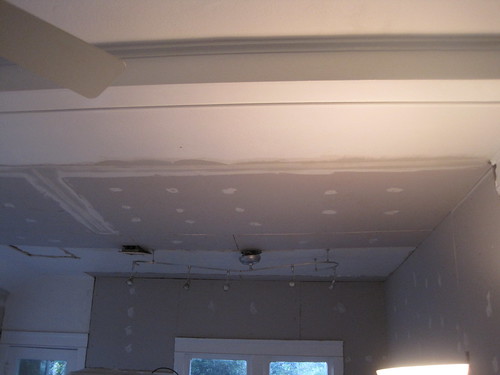 David was able to cap the box in the dining room, and I think that we will replicate one of the beams in the living and dining room to mark the ceiling transition from dining room to kitchen. (If you scroll up to the first picture, you might be able to see the beam better. They are every four feet or so from the front door to the end of the dining room. You can see them really well in this picture.) This will be balanced on the floor by the transition from hardwood to tile. We're still trying to decide whether we will want to put ceiling tiles up--the old fashioned pressed tin type--or if we just want to paint it.

At any rate, things are really progressing now. I think that it'll probably take about a half-day to finish the drywall tomorrow, and I think that the cement board for the floor will go down tomorrow. Over the weekend, we'll sand the walls to get them finally ready for painting. We'll paint the back wall and the retaining wall white, and the exterior wall will have a blue chalkboard paint.
Collapse