I burst into tears when I heard the decision this morning on the radio. Holy fuck.

This is more or less what my kitchen looked like when I moved into the house in April 2002: 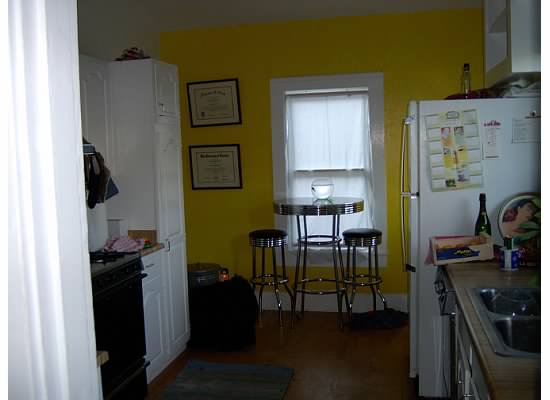 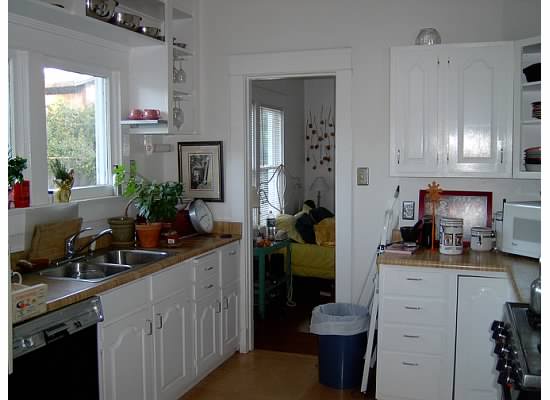 In early 2003, I ripped out the cabinet closest to my bedroom door and installed a washer/dryer combo in that space.

In early 2006, I discovered that something was leaking in my kitchen, and later discovered that it was the washer/dryer. In may, I bought 170 square feet of blue porcelain tile for roughly $150 to put down in the kitchen, but real life got in the way, and I didn't get around to it. It's been sitting in my potting shed for six years.

That discovery, though, did start my mind down the rabbit hole of thinking about totally remodeling the kitchen and expanding the house to accommodate a master suite. The idea percolated in various formats over the years.

When Graham moved in, he sort of latched on to it too. We took, relatively early on in our relationship, into going to Open Houses around the neighborhood to see what people did to their houses. Every time we talked about the idea of moving, we came to the conclusion that an addition would work better. It was also something that we thought would work with our mortgage. We developed over that time several designs on what to do with our house, and after talking to my brother about it, we came up with one that we're pretty settled on. We did think about going for a foreclosed home or two, but we never had enough cash on hand to move forward on those. And we started working on things around our house (read: RIP: disco fireplace").

In the meantime, we finally got rid of the washer/dryer combo in 2008, using that area of the kitchen for recycling, and we bought a stack-able washer and dryer that goes elsewhere. In 2010, we got a new dishwasher. And in 2011, we got a new refrigerator. Also, in 2011, the amazing drought shifted the house so it's no longer really level.

Also in the meantime, my parents have renovated two houses at the ranch that were in pretty bad shape. I helped by working on the kitchen design. We did it all through IKEA, and David, our ranch manager, did most of the work. Both houses turned out lovely (we had my rehearsal dinner in one, and Bronzers stayed in the other during the wedding). David also learned how to re-level houses.

So, in anticipation of FINALLY redoing my kitchen, we registered for IKEA gift cards. There have been boxes of cabinets in our house for months. And finally, this week, we are starting renovation. 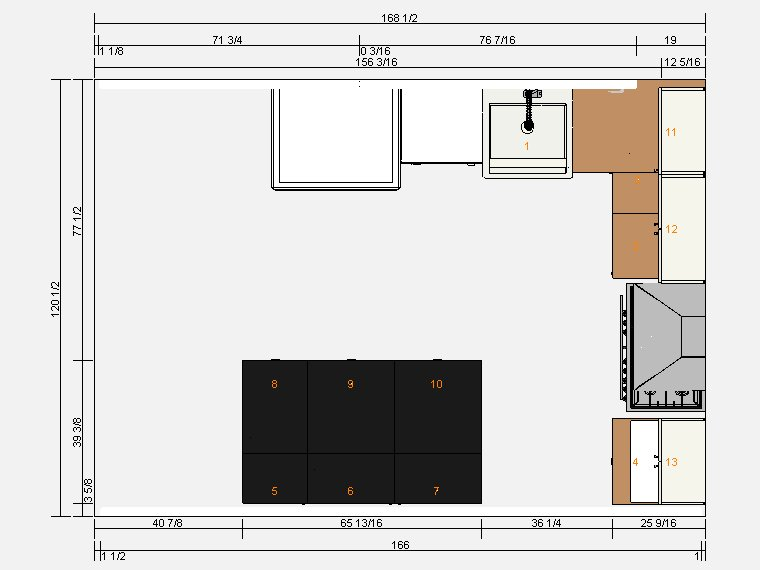 We've spent the last week clearing everything out of there. We bought more tile on Saturday to make for a checkerboard pattern. Our amazing plumbers have already come in for their estimate, which is awesome. Habitat for Humanity will be here on Monday to rip out the cabinets and take the stove and vent hood. David is coming up on Sunday to take a look to see what we have and let us know what we need to buy at Home Depot for leveling the house and taking down the wall between the dining room and kitchen and for closing off the door between the kitchen and the bedroom. The electrician will be here on Tuesday. Shit is getting real.

I have put a renovation-long moratorium on watching The Money Pit but I should have added all shows on HGTV and the DIY network. Graham and I have bickered about something at least once a day, but we always make up at the end. And we will have an awesome awesome awesome kitchen at the end of this. Woo!!!
Collapse