Celosa and Crianza find out they get to go to the dog park. It's a little loud.

The C&C Barking Factory went to the vet today. Both are in good health and both were happy to get it over and done with. Celosa weighs 20.8 pounds and Crianza weighs 29.1 pounds. The latter was a little shocking, because I think it is a 2 pound gain in a year. Probably due to stress eating and having a little sister. The former thinks she's much, much bigger than 20.1 pounds, though I don't think she's going to grow much more. We're in spring now, so Crianza's allergies bother her a little. She takes Benadryl every now and then if she starts scratching, but it's not as bad as it's been in previous years. I think it's because spring didn't really start until March, when it usually starts in early February. 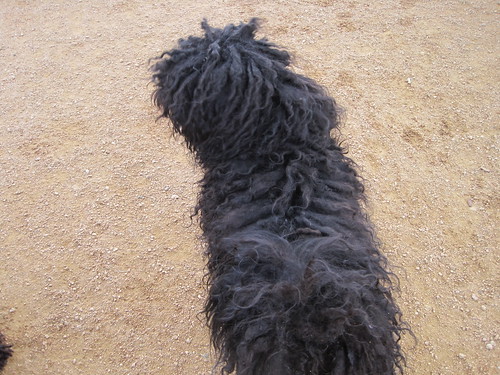 Celosa at the dog park on Sunday 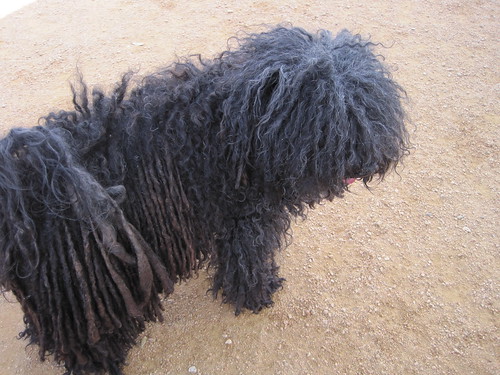 Crianza at the dog park on Sunday.

You can see in Crianza's picture that her fur is coming back on the front shoulders pretty well. She'd scratched off a lot of her cords a few springs back and it's taken awhile to grow enough to re-cord. After their trip to the park on Sunday, they got a bath yesterday, which helps a lot with cord development.
Collapse